It’s early morning in Montrose, Colorado, clear and cold. Joey Burns, Eagle Land Brokerage cofounder and owner, has already started his day. “We’ve always worked at a feverish pace,” he says with a chuckle. In the last several years, Burns and his team, have done some of the most enormous real estate deals on the books, both in acreage and dollars, out of a small but mighty real estate office that looks out on a hay field, 6 miles south of a town with a population less than 20,000. His David and Goliath real estate career reads like a lawyer, a cowboy, and your best friend, all rolled up in one. Joey Burns is the real deal.

He recently closed on a spectacular 10,000+ acre legacy property with almost 4 miles of a prime creek bed, for a family he first met 20 years ago. His clients know, even 20 years on, when Joey Burns calls, he isn’t calling just to drum up business. He is calling because he has business to discuss.

Joey is a member of American Farm and Ranch (AFR), an exclusive, by invitation only collective of top land brokers from multiple states generating and brokering some of the biggest and best deals in the global real estate marketplace.

Burns is known for putting together monster real estate deals hassle free. “The other day we got a call to look at a 6000 acre ranch even though that morning it had just dropped two feet of new snow.” Joey loaded everyone up on his six person Snow Cat, packed a picnic, and they went out to see land. “Everyone was safe, and we had a good time.”

Recently, a client bought a 4000+ acre ranch property requiring a good deal of improvements to become a high yield hunting property. After the sale, the client called Joey and said, “Dream with me. How do I make this land better?” He and Joey proceeded to map out and create a wildlife rehabilitation environment that exponentially increased the value of the land. The project hints at possible directions Joey might take in the future.

Joey is a private man and understands discretion. He does not drop names on big deals or big clients, and instead discusses the values added, and strategies behind buying and selling some of the most significant properties on the market today — from the back of a Snow Cat with a Styrofoam cup of coffee in his hand.

“Like most real estate companies, I list properties and I sell properties,” he says. “We are usually dealing in properties with super complex issues. My goal from the start was to focus on each transaction and take as much time as needed,” to make the right deal, at the right time, and close on properties, not people.

This attitude and work ethic of big metric real estate doing big things extends way past real estate for Joey and spans good works across the globe. 10% of his net profit goes off the top to support a world-wide network of programs he helps facilitate and fund. In a business where top producing brokers like Joey come with a number after their name, Joey says “My most proud number is the ‘number’ we’ve given away.” And he means it. And you believe him. Because Joey Burns is the real deal. 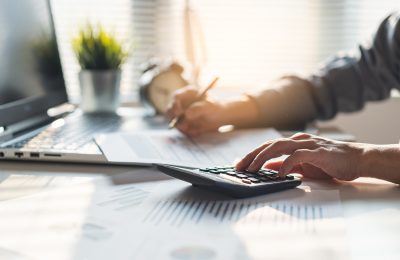