Examples of Forward Thinking in Water and Land Conservation

As much of the country is still in the grips of one of the worst droughts on record and water becomes more expensive and scarce, the rural landowner often faces tough decisions on how to best use this valuable resource. In the next three issues of Open Fences Magazine, we will be exploring topics related to water and the American landowner. The following article is the first in this series where we will be discussing and presenting examples of how farm and ranch owners across the country are embracing alternative methods to utilize this resource and still find ways to conserve water, turn a profit, and enhance the quality of their land. In this first article, we will show how one seed rice farm southwest of Houston, Texas has used precision grading to reduce their water usage by up to 40% while still increasing yield and improving the wildlife habitat on the land.

According to the USDA, agriculture is a major user of ground and surface water in the United States that accounts for nearly 80% of the nation’s consumptive water use and over 90% in many of the western states. While there is no question that the food and other products that are sent to market have made this country what it is today, inefficiencies in the system become more apparent when drought affects supply or when other users, such as municipalities, are competing for the resource. The farmers and ranchers who recognize ways to conserve their water use without hurting their operations will be the ones leading us into the future of best management practices for the land.

One of these farmers is Jacko Garrett of Garrett Farms in Danbury, Texas who owns a 3,046-acre farm and ranch where he grows seed rice, live oak trees seedlings, and raises F1 (Brahman x Angus) females and bulls. Approximately 1,500 acres is currently used for the seed rice operation among this lush green, fertile, and well watered landscape.

Mr. Garrett’s parents bought the land back in 1936 for $10 per acre and developed a successful rice farm and Brahman cattle ranch. Today, Garrett Farms is still located on a portion of the original land and Jacko and his wife Nancy have continued the tradition of success. One of the main reasons for this is their dedication, hard work, and willingness to invest in the future.

Jacko realized that even though the rice farm had been successful for all these years, it still required a great deal of water resources and labor to raise this crop. He also understood that water was becoming a precious resource that continued to increase in price and importance to other sectors of society. He felt that it was his responsibility as a farmer and landowner to find ways to minimize these inefficiencies, but still increase his profitability.

While exploring options to improve his bottom line, Jacko learned about the technique called precision grading that could not only help him significantly reduce his water requirements, but also the amount of hired labor to constantly watch and adjust the many levies needed to flood the rice fields.

The technique involves mapping the fields with highly accurate Global Positioning System (GPS) and laser survey equipment, which then displays a contour map on the computer. The engineers can display different options of how the fields should drain and where the levies would now be located prior to moving the first bucket of soil. Jacko was able to consider other land use options, such as where new access roads would be located as well as an airstrip.

The grading had to be done with highly trained equipment operators since the fall of the land had to be contoured to an accuracy of less than 1/8 of an inch. Graders with dump and ejector buckets were used to scrape the ground and move the soil around so the water would drain properly. Jacko estimates that his water usage is now 40% less than what it was prior to the precision grading on his fields and has also increased his yield by approximately 15% as well. With nearly 1,900 acres of his ranch in seed rice and row crop production of which 855 acres has been precision graded, this equates to a great deal of water and cost savings.

As flat as the land seemed prior to the precision grading, there were still small undulations in the ground plane that resulted in variations in depth of the water that had to be controlled by numerous levies. For example, on one 20-acre piece of this land there were approximately 20 levies, now there are only two. It would take a team of three workers approximately a full day to manage the levies on one of the 450-acre parcels of fields. Now it takes one worker about half a day to accomplish the same task.

Another example of Garrett Farms’ commitment to water conservation is their plan to construct a water storage reservoir on one of the lower areas of the farm that is intended to capture the drainage water from the fields and additional runoff from rains. The fields must be drained about two weeks prior to harvesting the rice crop. Currently, the fields are drained and the water returns to the nearby river. Jacko would like to capture this drainage water in the reservoir and recycle it back to the fields with a series of pipes and pumps. After the first cut of rice, the fields can be re-flooded and the second crop will be ready for harvest in approximately another 75 days. Since water prices from the local water authority have more than doubled in the past year, the recycling of this water will be another improvement to reduce his water use and costs.

Although this was not an inexpensive undertaking, these efforts have paid off and according to the IRS, if you are in the business of farming, you can choose to currently deduct your expenses for soil or water conservation or for the prevention of erosion of land used in farming.

Jacko Garrett leads by example with a strong commitment to water conservation and land stewardship on this beautiful land that has been in his family since 1936. This is a wonderful example of how even a farmer/rancher from an older generation is taking on the responsibility to understand this new generation’s water issues and has invested in the technology to conserve water while still operating a successful farm and ranch business.

Jacko also said that one of the added benefits to this type of land and water use is that when the fields are flooded there are more teal and other ducks than you could possibly imagine. Certainly a sight worth seeing.

Garrett Farms has been put on the market and additional information regarding the land and operations can be obtained from agent Minor Taylor with Property Connections in Bay City, TX. Phone 979-245-6055. This farm is offered for $7,966,374.

Tom Roberts is the author and will be working on the second and third articles in the Water and the American Land Owner series for Open Fences Magazine. He is the president of Western Lands – Ranch Restoration Services located in Parker, Colorado. His company designs, develops, and manages land enhancement programs for legacy and investment grade ranch projects throughout the United States. www.western-lands.com. Please contact him at tom@western-lands.com with any questions, comments, or ideas.

Search Ranches for sale to find that perfect ranch for water preservation and habitat improvement. 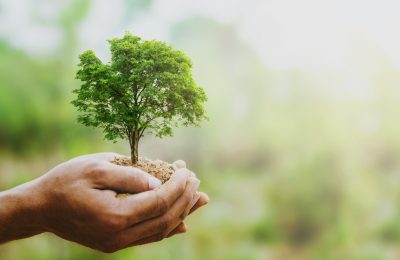